In light of the devastating earthquake and tsunami in Japan, I believe we all need to be concerned regarding radiation exposure.  This isn’t meant to be a scare tactic, but I think we need to be pro-active – to think ahead – be smart – be prepared.  This is the time to start thinking seriously about what you can do to protect yourself and your family.  The dangers of radioactive materials are real.  Radiation is cumulative and thanks to modern (western) medicine, most people are already over-irradiated even before exposed to radioactive food, water or dust particles in the air.

What the Experts Are Saying

Experts say the fallout from the current meltdown occurring at Japan’s Fukushima Daiichi nuclear plant could contaminate the world’s food supply with toxic radiation.  If the radioactive particles get caught in the jet stream, they will end up contaminating crops and grazing fields all over the world.  Eventually, they will end up embedding in soil and water where they contaminate the environment – wildlife, crops, drinking water.  Even cows grazing on radioactive grass produce milk unsuitable for consumption.

We take an activated liquid zeolite, Pure Body daily for prevention and we will certainly increase our intake under the current conditions.  It is our protection, as I believe it will detox radiation.

Please see my previous posts to learn more about detoxing chemicals and heavy metals from our bodies:  The Importance of Removing Heavy Metals and Toxins from Our Body and Solutions to Your Body’s Pollution

Did you know that clinoptilolite (the type of zeolite used in Pure Body) was used at Three Mile Island to clean up radioactive wastes long before the nuclear disaster occurred at Chernobyl?

More than 500,000 tons of zeolite was dumped via helicopter at Chernobyl to absorb radioactive chemicals and other harmful toxins that were released during the disaster. In addition, cattle were fed zeolite to help keep radioactive ions out of milk, and zeolite was baked into cookies/biscuits (for children) and encapsulated into pills (for adults) to help minimize the contamination in humans.

Since then, zeolite has been integrated into use at other nuclear plants (across the U.S. and Britain) as well as municipal water treatment facilities in order to reduce the ammonium ion concentration.

Zeolites and Nuclear Waste and Fallout

Below is a link to information regarding the extensive application for zeolite.

*The real eye opener is found on page 4 (3466) in the section appropriately called Nuclear Waste & Fallout.   The following excerpt from page 4  is an explanation of how clinoptilolite zeolite removes radioactive cesium and strontium from the body, as well as from soils, etc.

The same selectivities for Cs and Sr by zeolites permit treatment of radioactive fallout from nuclear tests and accidents. The addition of clinoptilolite to soils contaminated with 90Sr markedly reduced the strontium uptake by plants (51), and the presence of clinoptilolite inhibited the uptake of Cs in contaminated Bikini Atoll soils (52). Several zeolite processes have been developed to counteract the fallout from the 1986 Chernobyl disaster. Shenbar and Johanson (53) found that 137Cs in soils was not taken up by plants after treating the soil with a zeolite, and Forberg et al. (54) showed that a zeolite supplement to the diets of Swedish reindeer accelerated the excretion of 137Cs ingested with food contaminated by Chernobyl fallout. Zeolites added to soils reduced the uptake of 137Cs by pasture plants in the vicinity of Chernobyl (55), and dietary zeolite reduced sorption of radiocesium by sheep fed fallout-contaminated rations in Scotland (56). In Bulgaria, zeolite pills and cookies were prepared for human consumption to counteract Chernobyl fallout (57). The zeolite apparently exchanges 137Cs and 90Sr in the gastrointestinal tract and is excreted by normal processes, thereby minimizing assimilation into the body.

With the above in mind consider this, if the impact of nuclear disaster was minimized and future exposure to harmful chemicals might be reduced by the use of raw zeolite, imagine the health assurance potential of a micronized, activated zeolite. 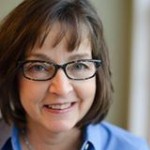 Healthy Eating: A Top Priority! You Are What You Eat!

How to Treat Joint Pain and Inflammation Without Drugs and Surgery!

Solutions to Your Body’s Pollution